Kotaku has a cynical rundown of how Xbox One will handle used games. Basically, my fears are confirmed:

The Xbox One will allow the sale of used games, at “participating retailers”, but only if the publisher allows it. Publishers being the very people opposed most fiercely to used video game sales.

Microsoft understands that this change is going to piss off a lot of people, so they’re trying to pull a Pontius Pilate and offload the final decision onto the publishers. “Oh we really wish you could still buy and sell used games, but we left it as an option for the publishers, and those gosh darn meanies didn’t implement it!”

Fruit flies are tiny insects that lay their eggs on the skin of ripe or fermenting fruit. They’re harmless, but you’ll occasionally find a batch of them swirling around your kitchen.

Here’s an easy way to get rid of them:

The flies are attracted to the vinegar, but the curved glass and the dishwashing soap make it impossible for them to land on the surface, so they fall through and drown.

There are other elaborate traps you can make (and obviously you should clean your kitchen as well), but the simple trap works very well.

Do not ask me to enter the minds of the totalitarians running this city.

The Wall Street Journal has done the world a great service by posting a video interview with one of their editorial board members. In five excruciating minutes, Dorothy Rabinowitz demonstrates that the Journal’s editorials are written by elderly cranks who think New York’s bike-share program is akin to Stalin’s Five Year Plan.

What I love about this interview is that you could have a more articulate discussion about bike-sharing with any random person on the street. Despite being an editorial board member for a prestigious national paper, she brings no factual knowledge or experience to bear. She makes repeated ad hominem attacks, and she relies entirely on anecdotal evidence gathered from her isolated life as a very wealthy woman living in New York.

This is your crazy Aunt or Uncle being given the ear of 2.4 million subscribers. 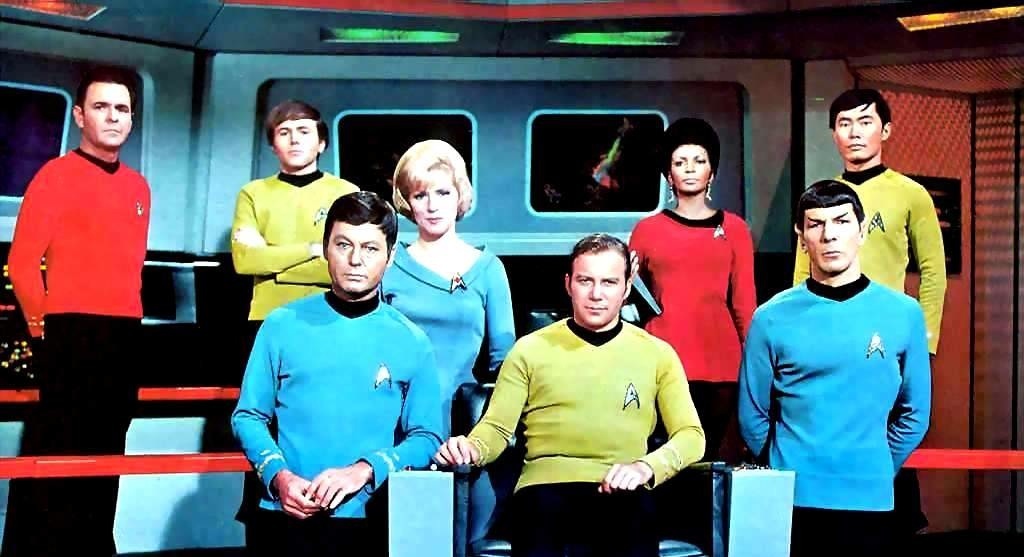 At the time, though, this was disconcertingly radical, it didn’t respect conventional norms. There was a black woman who wasn’t a cook or maid; there was a Russian (the Enemy of the current Cold War), and a Japanese (an Enemy from a previous war). Sulu and Chekov looked like the Bad Guys – but they weren’t. Spock, too, looked weird, alien, almost devilish – as though he, too, was supposed to be a Bad Guy.

From here, the author veers into goofy fanfiction, recasting and gender swapping the parts in JJ Abrams’ Star Trek in ways that would be as radical to modern audiences as the Original Series cast was to 1960s audiences. In the fantasy cast, there are no white males, and supreme effort is taken to have ethnically appropriate actors for every role (rather than fudging English for Scottish, this Asian for that Asian, etc).

The author’s approach is too nerdy even for me and gives zero deference to the financial realities of Hollywood filmmaking. But there’s an interesting point here.

Star Trek is about the future. But more specifically, Star Trek is about a radically utopian and progressive future that goes much deeper than transporters and warp drives. Recreating the relationships and stories from the original cast is fun and makes for entertaining films. But it also turns the franchise into something harmless. It makes the whole thing retro rather than radical. And something important is lost in the process.

“Gov. Perry by his veto has undercut the creation and preservation of manufacturing jobs in Texas and the U.S.” Texas AFL-CIO President Becky Moeller said. “These jobs are critical to our economic success.”

I think “Buy American” bills encourage shoddy governance. Supporting US manufacturing is a noble goal, but it shouldn’t take hostage all other government responsibilities. If the federal government or a state or a city wants to build a train system, for instance, they should focus on hiring vendors who will do the best possible job building a train system. Many of those vendors will be American and will generate jobs in the US, but the point of building the train should be to improve transportation, not to create those jobs.

Adding rules like “Buy American” encourages every government project to focus on local cronyism, rather than building whatever the hell they’re supposed to build.

Under our antiquated electoral system his government enjoyed virtual dictatorial powers winning 64 per cent of the seats in the legislature with only 45 per cent of the popular vote – most of this support concentrated in the right-leaning suburbs. He didn’t need to represent the province, just his political base.

Almost every story of incompetent governance or corruption in politics is really a story about bad political institutions. In this case, an outdated electoral system that favors suburban and rural voters over urban voters has led to cosmopolitan Toronto being ruled by a series of right-wing suburban mayors, ill-equipped to run a major city.

Political institutions are boring and almost no effort is spent campaigning for their reform. Often that’s because the institutions favor one party over another. But how we vote, what bodies we vote for, and how the votes are counted are actually much more important forces than individual candidates and campaigns.

That’s why the most populous city in Canada has a drug smoking racist for a mayor.

I am not a social person and do not especially enjoy social events. For years in college, I would repeatedly say the wrong thing to people, horribly offending them with no idea how or why it had happened. My friends would then laugh and remark how I’d “done it again.”

But I have cobbled together one simple strategy that my fellow weirdos may find helpful.

How to Talk to a Stranger

“Oh, you work at X? What’s that like? Uh huh. So what companies do you represent? Oh really. What are they like? Oh really? What type of software do you use for that? How did you get that job? Oh you used to work at Y? What was that like? What’s the craziest Z you’ve seen?”

But it is remarkably effective. And it’s not as creepy as it sounds. I’ve found that by asking many questions, I can eventually land on a topic that genuinely interests me and have a real conversation.

Here’s why it works. Everyone you meet is an expert in something. It may be something seemingly trivial, like mall security procedures1 or class action lawsuits, but no one’s made it 20+ years in life without learning a lot about something.

If you can find that hidden expertise, you’ll be amazed at the level of detail and character you can get out of someone about their job, their life, or their hobbies.

Once that secondary market is removed you can suddenly profit from every copy of your game sold, and as profit margins rise it’s possible we’ll see prices drop. Some stodgy publishers will likely stay with the $60 model, but they’re dead companies walking already. The smart companies will see this opportunity to play with pricing and see what works and what doesn’t.

Ben Kuchera at Penny-Arcade has an optimistic take on Microsoft eliminating the used game market.

I’d love to believe this, but I think the carrot and stick are out of whack here. If you’re going to eliminate the ability for me to buy and sell used games, then you have to offer a reasonable tradeoff. “Oh, I can’t resell my game anymore, but now my game is cheaper/downloadable/more convenient.”

What Microsoft is offering is a step backward from Steam. You still have to buy a physical disc, only now that disc is just an installer and your copy is linked to your $50-a-year Xbox Live account. But what if you lose the disc? Do you have to re-buy the physical disc? Can you just download it? And what happens in the future when Xbox Two comes out? Will my games still work/still be tied to my account?1

All of Microsoft’s responses are about ways you can kind of, sort of approximate the convenience of the current setup with their new system, but they don’t actually explain why their new system is better for me as a consumer.

When I was in middle school, my brother and I used to record every episode of MST3K onto eight-hour VHS tapes. The show was on late and the jokes were fast, so we wanted to be able to watch them over and over again.

In high school, with the show cancelled, I felt certain that it was going to disappear and I’d never be able to see it again. So I started downloading the episodes from a peer-to-peer network, with a 56kbps modem, and archiving them one by one on custom-labeled CD-Rs. My goal was to have the entire show stored for posterity. By college, the CD-Rs had degraded and the whole collection was worthless. I gave up.

Now it’s 2013, and I can dial up every single episode instantly via YouTube whenever I want.

Huh. Starting to realize I wasted a lot of time.

Wired.com has an exclusive look at the design of the new Xbox. More interesting to me though, is the web design of the Wired article itself. There are some clever presentational elements, including a scrolling effect which reveals an image of the new Xbox at the same moment you’re reading the author’s description of a Microsoft executive pulling a cloth cover off the prototype.

I usually dislike attempts to make magazine articles into interactive websites, but this is an interactive element that compliments and enhances the actual content of the article, creating an experience you couldn’t get in print.